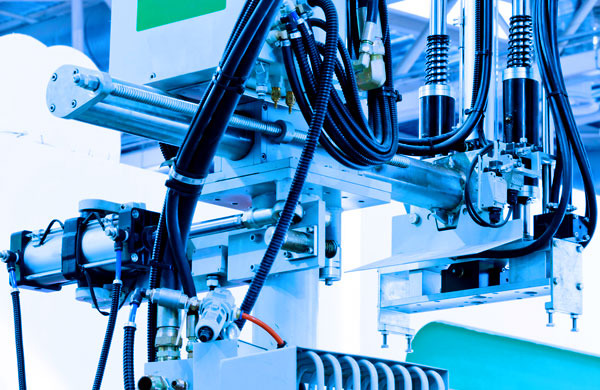 Ever since its inception, die-casting has proven to be a cost-effective and efficient metal forming process. The key advantage of this process is that several castings can be manufactured quickly using a single mould. The components produced from die-casting have consistent quality and are relatively efficient reducing cost per unit.

What is high pressure die-casting?

High pressure die-casting is also called traditional die-casting. This process primarily entails injecting molten metal, mainly steel, zinc, copper, aluminium, lead, magnesium, etc. into a specially shaped three-dimensional mould. The base metal is heated at extreme temperatures until its state changes from a solid to molten. This molten liquid is then forced into a mould’s cavity and takes its shape once it has cooled down to a certain temperature.

High pressure die-casting is used to create important parts in various industries like engine blocks in the aerospace industry and heavy-duty fasteners.

The initial step of the process is to prepare the mould. During this step, an industrial company applies a specific lubricant to the inner walls of the mould to control and regulate its temperature while simultaneously forming a film between the molten metal and the mould. This aids in the ease of removal of the casting once it has cooled.

When the mould has been thoroughly prepared, it is time for it to be injected with molten metal. During this step, the entire mould bust is shut tight and sealed. This is very important as the mould will otherwise reject the high pressurised molten metal if not closed properly. The pressure at which the metal has been injected depends on their use cases. Usually, this pressure ranges from 1,500 to 25,000 PSI (Pounds per Square Inch). This pressure is maintained by the mould until the molten metal has cooled and completely solidified.

The next step is to eject the newly formed cavity from the mould. Most moulds come with ejector pins as a standard feature to automatically release the cavity. The ejection is only possible if the formed cavity is in a solid state. If the molten metal hasn’t solidified, more time needs to elapse until it completely cools down so that the ejector pins can perform their function and aid in the easy ejection of the cavity.

The fourth and last step of the high pressure die-casting process is called the ‘shakeout’. The industrial company separates any scrap or waste metal that forms during the process from the freshly manufactured cavity. High pressure die-casting is sometimes known to produce excessive amounts of scrap metal and removing the excess amounts is a common occurrence. No liquified metal is used to create the casting. Typically, some of the molten metal gets stuck inside the mould and in order for it to be reusable, the excess scrap metal must be removed.

What are the main advantages of high pressure die-casting?

High pressure die-casting leads to increased production speeds compared with normal gravity-based molten pouring. The process is quite flexible as it allows flows of specific dimensions to be created which reduces operational processes.

The moulds used during high pressure die-casting are durable and have reduced per-unit costs. This process also enables large-scale manufacturing of complex parts.

High pressure die-casting is an affordable and effective process of creating complex components for important industries in a short amount of time. It has changed the industrial sector for the better and paved the way for advanced manufacturing techniques in the near future.

You are using an outdated browser. Things may not appear as intended. We recommend updating your browser to the latest version.